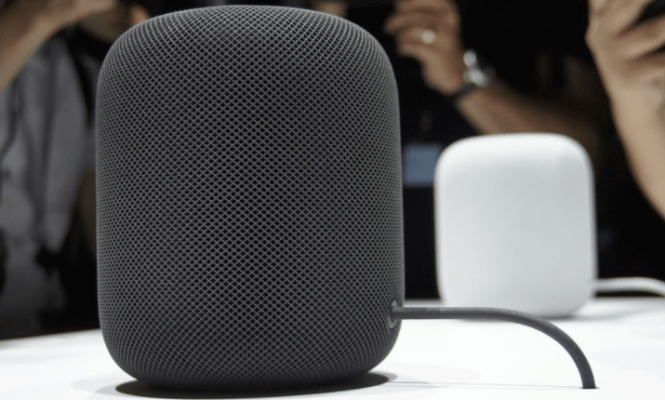 Smart Speaker, Apple HomePod Gets A Nod From US FCC

The wait has finally ended. The long wait for Apple HomePod is now over. It will hit the market soon. This smart speaker has received a certification from the United States Federal Communications Commission (FCC). The HomePod, model number ‘A1639’ was found on the US FCC website. The HomePod speaker announced in June 2017 was set for launch in December. But somehow the launch was scheduled later in early 2018.In the latest iOS 11.2.5 build, users are given option to disable always-listening microphones on the HomePod speaker.

Apple HomePod will give a tough competition to the smart speakers currently in the market that includes established brands like Amazon Echo and Google Home. Since the Apple has got FCC approval, Apple is authorized to sell HomePod at any time. It is mandatory for any device which uses Bluetooth or Wi-Fi must be complaint with federal regulations in order to be sold in the United States.

Filipe Esposito of IHelp BR has pointed out that the latest iOS 11.2.5 beta has icons for a many different HomeKit scenes. A few of them say that it is possible that on at least one speaker Siri can be switched off.

HomePod, like other Apple devices, boasts of an always-on voice functionality which helps users to use their voice in order to activate Siri anytime. Besides the mute icon, it is difficult to find the meaning of the other images.

Esposito also said that it is possible for many people to control Siri, so you may get personalized results. But still it is uncertain feature. Esposito also shared another image, and the said in the heading that iOS 11.2.5 carries the HomePod license and regulatory stuff and official launch is very close.

Officially Apple is yet to disclose information about this Smart Speaker. But, one can guess that release is close since the Apple got FCC approval and the finding of the HomePod icons.